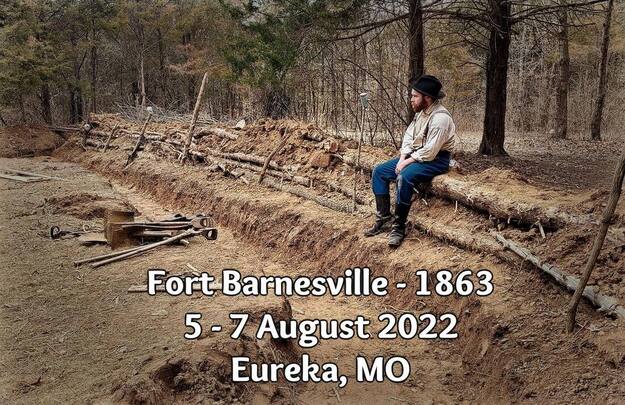 It is with excitement that we are announcing a new event that is being organized by out friends in The Croaker Mess.

On August 5-7th, 2022, the Alton Jaeger Guards will be attending Fort Barnesville, an EBUFU which will be held in Eureka, Missouri. The AJG will be raising a company for this event, and are considering it a major push event for this year. There is limited space at the site, so eventually Companies WILL be capped for this.

We will be portraying men of the 25th Missouri Volunteer Infantry in 1863, who assisted the 13th Illinois Cavalry in the building of Fort Barnesville in the hills of Missouri. We will be occupying the earthworks, and can expect attacks by bushwhackers and scattered Confederate units.

This is a great opportunity to experience Missouri Civil War life. If you want an event where there will be high standards, and everything else you'd expect from a high-quality campaigner event, plus you actually get to shoot your rifle!

The Croaker Mess has been putting in hundreds of man hours turning the top of mountain in Eureka into earthworks in the same design as was seen at Fort Barnesville near Ellisville, MO. The Jaegers recently attended a muster at this location and we are extremely excited at the prospects this location holds for future events. 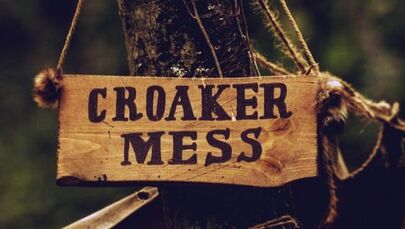 The Alton Jaeger Guards are proud to announce our membership in The Western Alliance!

After months of hard work and coordination, the Western Alliance attended it's first event as an organization. We are proud of the efforts that were put forth by so many! At the 2021 Battle of Stone's River Re-enactment, various authentic organizations based in the Midwest worked together to create a very successful campaigner experience.

The goal of this organization is to provide quality campaigner experiences for individuals in the South and the Midwest. The Alton Jaeger Guard is excited for the future of more quality events with this organization. 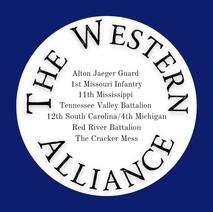 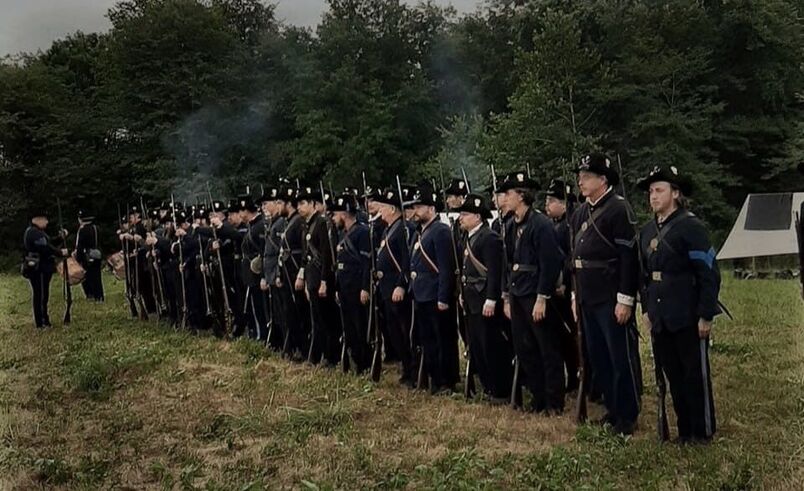 On 13-15th August, 2021, members of the Alton Jaeger Guards, the Croaker Mess, Shuster's Tigers, The Trans-Mississippi Invincibles, and Lyon's Legion came together at Wilson's Creek Battlefield National Park in Missouri, to recreate Plummer's Battalion of U.S. Regulars, as they would have appeared during the Battle of WIlson's Creek in August of 1861.

This event was a Living History event put on with assistance from the National Parks Service. The event was a success, thanks to the extreme hard work and dedication of those involved. The Alton Jaeger Guard is honored that we were able to put together this event, and hope that it will foster a relationship with further events through the NPS.

The Battle of Wilson's Creek was the first major battle of the Trans-Mississippi Theatre, and occurred near Springfield, Missouri on August 10th, 1861. The commander of the Federal troops, General Nathaniel Lyon was killed in the battle, and it resulted in a Confederate victory. Among Lyon's troops was a 300 man battalion of US Regular Infantry commanded by Captain Joseph Plummer.

Please check out our photo gallery detailing the event! We will be uploading videos soon as well! 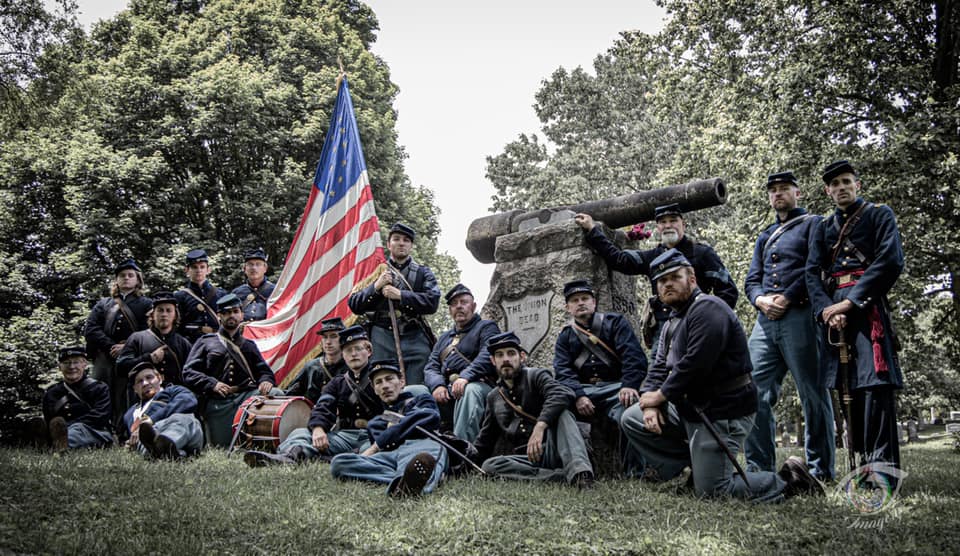 In 1868, after being told by several women from Alton who had recently traveled south that the war graves of the Confederate dead were beautifully decorated with flowers yet the war graves in the Alton Cemetery remained neglected, local Union veterans decided to do something about it, and it became the country's first, and now oldest Memorial Day Parade. The men dressed in their uniforms, and mustered in front of what is now the National Cemetery and after saying a few words, rendering a salute and firing a volley, they began laying flowers on all the graves. Once finished they marched through Upper Alton, ending at the Upper Alton Cemetery, where they again laid flowers on the graves of their fallen comrades.

By the end of the Civil War, the Alton City Cemetery and National Cemetery contained over 250 graves of Federal soldiers. The Alton Jaeger Guard, with help from Kinzels Flower Shop in Alton returned on Memorial Day 2021, after marching in the parade to again lay flowers and pay respect to the fallen men of the Civil War.

The Alton Jaeger Guard mustered 30 men, including four musicians for the parade and ceremony.

On Memorial Day, the Alton Jaeger Guards recieved alot of recognition in the media, was represented in The Telegraph, KMOV Channel 4 News, and The Riverbender.

If you'd like to see the article from The Telegraph, it can be located HERE,

If you'd like to see the article from The Riverbender, it can be located HERE,

If you'd like to watch the KMOV Channel 4 News feature, it can be located HERE.

The Alton Jaeger Guards also recieved an award for best photograph from the parade from the host organization, the Upper Alton Association.

Thank you to everyone who participated!
​

News Update Posted: 20 April, 2021
At Stone's River, the 22nd lost 199 out of 342 men going into action. It is a singular fact, that at the battle of Stone River, every horse belonging to the Regiment, including the Battery, was killed.

We are excited for an opportunity to portray the 22nd Illinois during this engagement, and are excited to "bridge the gap" between the mainstream and campaigner sides of the Civil War hobby by organizing this adjunct with mainstream units as well.

​We will be posting more updates about this event soon!

News Update Posted: 16 April, 2021
On April 16th, 2021, the East End Improvement Association, who puts on the Alton Memorial Day Parade, announced that the Memorial Day Parade will be held in Upper Alton, Illinois on May 31st, 2021.
We are excited to portray the men of the original Alton Jaeger Guard as they appeared when they earned their nickname "The Bloody Ninth".

At Shiloh, the 9th Illinois went into the field with 578 present for duty, and sustained a loss of 61 killed, 300 wounded and 5 prisoners, and of those prisoners 3 were wounded, thus showing a loss of killed and wounded unparalleled by the history of any regiment during the war, which sufficiently attests its gallantry. 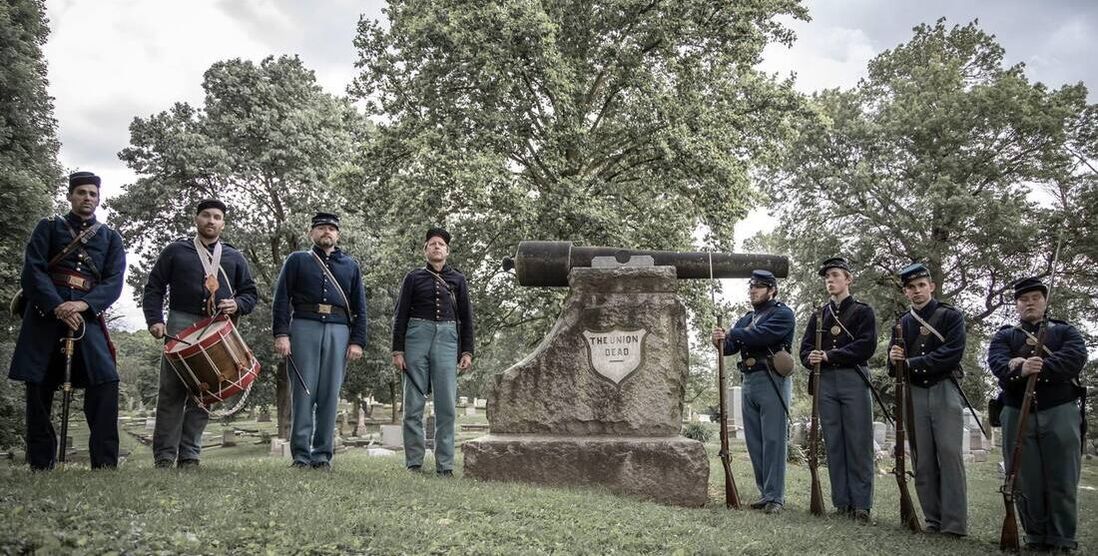 At the beginning of the 2020 season, the Alton Jaeger Guards, like many other organizations had many events planned throughout the year. Unfortunately the unforeseen COVID-19 Global Pandemic brought everything in the U.S. and across the world, to a screeching halt.
Although Memorial Day was held on a much smaller scale, the tradition was carried on, and we look forward to the next Memorial Day Parade.

The Jaegers held a private muster in the fall in Eureka, Missouri, but these would be the only two official events attended by our group during the pandemic. 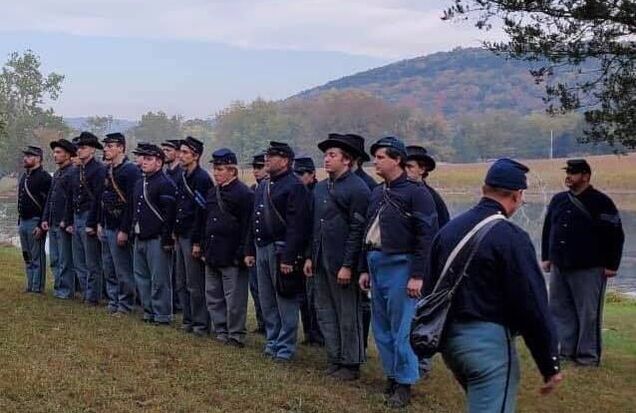